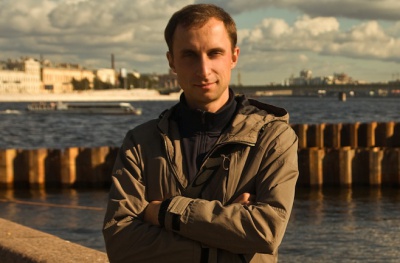 Dmitry has escaped from Russia and is in a process of receiving asylum in a European country.

Buchenkov is arrested in connection with the “Bolotnaya case” against participators a demonstration against election fraud, held 6th of May 2012 in Moscow.

Buchenkov was only detained in December of 2015, and has been charged with the same crimes as most of the defendants of the same case: participation to riot and using a non-lethal violence against representative of the state power (statutes 212.2 and 318.1 of the Russian criminal codex).

Criminal investigation claims that Buchenkov was in Bolotnaya square, participated to rioting and used violence against at least two police officers. Only proof are photographs of a person in black clothes, investigation claims he is Buchenkov, but he is not the person in photographs. Buchenkov was visiting Nizhni Novgorod during the protests, and he only arrived to Moscow late in the evening. His relatives confirm this story.