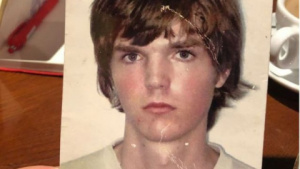 Grigory Sinchenko ul. Kobozeva 4 283086 P.O. Box 12 s. Kuybyshevo, Rostovskaya Oblast, 346940 Russia We recommend to write all messages in Russian. You may use google translate, or other automatic translation for this.

Grigoriy Sinchenko was involved in guerilla activities against the Russian supported Donetsk Peoples Republic. He joined the underground resistance group in 2016, and was arrested for the first time in December of that year. He was heavily tortured by separatists, and almost died. In December 2017, he was released as part of a prisoner swap with 74 other prisoners of the separatist regime. However, he decided not to give up resistance, and went back to DNR to continue guerilla war against Russia and the separatists. For almost a year, Sinchenko managed to continue with diversion tactics, such as arsons and bomb attacks against the regime. The most well known action was the bomb attack against the base station of the mobile operator Fenix, controlled by separatists. After the bombing, a video was published with a claim condemning torture in the Donetsk republic.

As far as we know, Sinchenko has never been part of any anarchist groups or joined anarchist events, but as he sent a communique of his action to the anarchist website ”Anarchist fighter”, he is at least an anarchist sympatizer.

We believe Sinchenko is currently being held in the Donetsk remand prison, but it is unlikely that he is allowed to receive mail, as Donetsk separatists do not even officially admit that they have detained him. However, you can try to send some words of support, for the prison staff to know that he is not forgotten.