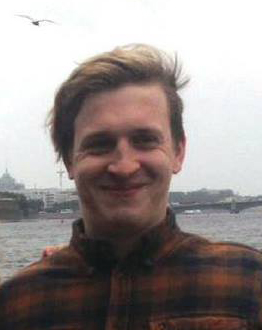 Antifascist, vegan, businessman. In the last several years he was actively engaged in business, that helped him to maintain his family and dog. He is interested in scientific breakthroughs, travelling, martial arts and sport in general. Took 1st place at the Russian NorthWest Powerlifting Championship in 2013. Practised martial arts in “Versus” combat gym. On January 25th of 2018 was arrested by FSB during investigation of so-called “Network” case.

Igor Shishkin has not filed a torture complaint, although traces of torture were reported on his body by the independent Public Oversight Committee (ONK). He has signed agreement prior to being present in court, which means that he has fully admitted his guilt. He is actively cooperating in the investigation of the criminal case, and also giving testimony against other suspects. If the case by the prosecution is substantiated with the testimony given by Shishkin, his sentence will be reduced (as defined in the chapter 5 of the statute 317.7 of Russian Codex of Criminal Prosecution, UPK RF). Igor is the only accused to have been visited by official Russian Ombudsman for human rights Tatyana Moskalkova, but he did not report any torture during the visit. Since then he has sided with the prosecution during a cross-interrogation with another defendant. This position is detrimental to co-defendants, and results in additional pressure for everyone struggling for themselves and for justice.

In the framework of the support campaign, we do not consider it possible to support defendants cooperating with the investigation, against the interests of the other co-defendants.