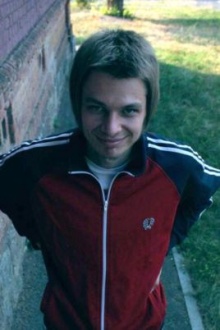 He was detained on January 17, 2011 on suspicion of the attack on the KGB headquarters in Bo-bruisk. The attack was launched on October 14, 2010 in solidarity with the anarchists arrested in September 2010. On May 18, 2011 was found guilty of intentional destruction of property and sentenced to 7 years of colony with reinforced regime.