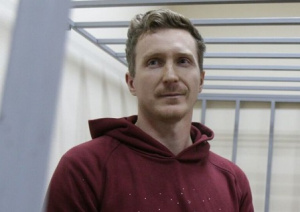 Yegor Lesnykh is an anti-fascist, animal rights activist and active member of the hardcore community in Volzhk (in the metropolitan area of Volgograd, former Stalingrad).

Yegor took part in the demonstration against election fraud on the 27th of July 2019 in Moscow. Police assaulted the demonstration, and the prosecutor claimed that Yegor assaulted police while attempting to dearrest another demonstrator. In December 2019 he was sentenced to 3 years in prison.

On the 30th of January 2021 Yegor was granted parole by the local court in the Volgograd region, as he had been a model prisoner without a single sanction. However, the prosecutor appealed this decision, and falsified a discliplinary report claiming that Yegor had violated clothing instructions the previous November.

It is possible that Yegor will have to carry out his full sentence.