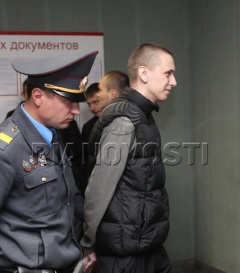 Aliaksandr Frantskievich is a Belarusian anarchist. On May 27, 2011 was found guilty of participation in the attack on the police station in Soligorsk; the attack on the Trade Union Federation building; hacking the web-page of Novopolotsk municipality and sentenced to 3 years in a colony with the reinforced regime for group hooliganism and computer sabotage.

Despite he has health problems (has only one kidney) Sasha has been kert in pretrial facility since September 2010.

More on the case: http://www.avtonom.org/en/freebelarus