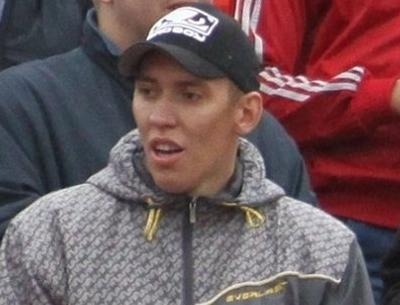 Alyon is an anarchist and anti-fascist, who was arrested by officers of the "E-centre" (Centre of Counteraction Against Political Extremism) as third suspect on the framed-up "Moscow case of anti-fascists"- Right now he is detained in Remand prison number two, better known as "Butyrka". His friends and relatives are in a precious financial situation due to his arrest.

14th of 12th Taganskiy District court added arrest for all three anti-fascists, suspected of having participated to incident with fascists in the Moscow club "Vozdukh" 17th of December 2011. Alexey Olesinov, Alexey Sutuga and Alyon Volikov will all be detained until March of 2013. Olesinov was detained on the night of 13th of February 2012, Sutuga was detained on the evening of 17th of April 2012 and Volikov was detained 6th of November. During the investigations, prosecutors have not been able to provide any hint of involvement of the anti-fascist with the case.

More about case against anti-fascists of Moscow: http://avtonom.org/mda

In case you have Russian internet money account (such as Yandex-money) or Russian bank account, you may send letters with a webform provided by the Russian prison administration: http://wr1.fsin-service.ru/Letter-Client/main.html#new_letter For this, you should indicate year of birth of Volikov - 1989.