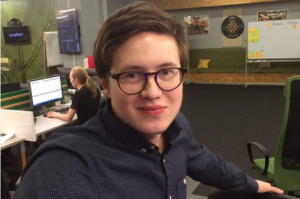 Was born in Petropavlovsk, Kazakhstan. From the age of 10 have interest in remote control robots, fixing electronic devices, computer programming. After school moved to Omsk (Russia) where he started working as computer programmer (coder). Linux-community user, open-source software and open-internet enthusiast. Gave lectures about internet-security.

Left-wing activist, antifascist, supporter of working unions. Moved to Saint-Petersburg in 2016. On January 23th of 2018 was arrested by FSB during investigation of so-called “Network” case. Victor was tortured by electric shock and beated-up during inquries.

You can send him a message online via RosUznik or a letter to: